The Case for a Chief of Staff

Home » NEWS » The Case for a Chief of Staff

The article “The case for a Chief of Staff” appeared in this month’s issue of Harvard Business Review “The Agile Executive: How to balance efficiency and innovation (even in tough times like these)”.

This article outlines that many chief executives need a chief of staff (CoS)—someone who goes beyond the executive assistant role to help the office function smoothly. And that the right chief of staff can be an important source of assistance to leaders who are pushing their organizations and themselves to better performance. We could not agree more.

We wish you great inspiration. And of course, are you a new CEO? Requiring help to achieve your highest potential and to sustain the effort it takes to lead a complex organization? Let’s talk.

We will be delighted to use our passion, expertise and our network for your benefit!

SMEENK’S PERSONAL ASSISTANTS
Your investment for success. Through attention, focus and quality.

THE CASE FOR A CHIEF OF STAFF

When new CEOs with a change mandate take over a company, they typically invest time in reshaping its strategy and determining the kind of culture needed to succeed. Those choices guide other decisions, including who their senior managers will be and how the leaders will allocate their time.

Most new CEOs pay little attention to a key factor that will help determine their effectiveness: the administrative system that guides day-to-day operations in their offices. This system ensures that leaders make the most of their limited time, that information arrives at the right point in their decision-making process, and that follow-up happens without their having to check. Many new CEOs default to the system they’ve inherited, even if it is poorly suited to their style or to the operational changes they must make. Often there’s a better way to handle the information flow necessary for a CEO to succeed—and very often a chief of staff (CoS) can play an essential role.

The role and responsibilities of a Chief of Staff (CoS)

Although each leader should tailor the position to his or her own needs, the CoS should handle several principal duties, all focused on making time, information, and decision processes more effective. Patrick Aylward, a vice president and CoS at Horizon Blue Cross Blue Shield of New Jersey, breaks the job down into five roles:

Aylward points out that “while a CEO’s other direct reports typically emphasize their own areas, a good CoS can consider the needs of the whole enterprise.”

The most sophisticated chiefs of staff also assist CEOs in thinking through and setting policies – and making sure they are implemented. They anticipate problems and are especially sensitive to issues that require diplomacy. They function as extra eyes and ears by pointing out political potholes their bosses may not recognize (especially if the bosses are new to the company). Importantly, a CoS acts with the implicit imprimatur of the CEO – something that calls for humility, maturity, and situational sensitivity.

The CoS role is decidedly different from that of the leader’s executive assistant (EA). Unlike an EA, a chief of staff works autonomously and does not handle routine correspondence or manage the leader’s day-to-day schedule. The highest-level CoS should be a full-fledged member of the senior leadership team, albeit without the rank or compensation of a C-suite officer.

Sharp gains in productivity and impact

Regardless of specific responsibilities, a CoS can help a leader achieve sharp gains in productivity and impact. Take an executive I’ll call Joe, who was promoted from head of sales and marketing to president of a midsize company that had just been acquired—meaning that Joe was now reporting to a chairman and CEO at a distant headquarters, adding political complexity to the job. A few months in, he was struggling. “I wasn’t myself,” he recalls. “I was a step slower. I was working longer hours than I ever had but not getting as much done and not spending time on what mattered most.”

At some large companies, executives reporting to the CEO also choose to have a CoS. One CHRO has employed five over the past 10 years (the fifth is still with him) while working at two Fortune 100 companies. “The most visible benefit for me has been time,” he says. “I’ve picked up a third more time, and I’ve been able to get more done. Just as important is that my chiefs of staff created a system so that I can stay focused on my CEO and board and still make sure that the day-to-day things don’t fall by the wayside.” This executive treats the CoS role as a rotational one lasting two to four years. It’s a coveted assignment because it’s typically a springboard to a bigger job: Three of his prior chiefs of staff went on to become the chief learning officer, the head of talent acquisition/planning and leadership development, and a senior manager in the compensation department.

The origin of the Chief of Staff role

The CoS role originated in the military and government, and it dates back centuries. Cicero, the Roman politician and orator, used a slave named Tiro, who, according to Cicero’s biographer Zach Bankston, served as a secretary, a financial overseer, and a political strategist. Andrew Roberts’s Napoleon: A Life describes the vital role that Louis-Alexandre Berthier played in assisting Napoleon at the height of his powers. The historians Ron Chernow and Joseph Ellis have described the CoS–like role that Alexander Hamilton played for George Washington. These people aren’t to be confused with the personal secretaries or aides-de-camp that each leader also had. Rather, they were close advisers who handled the most-delicate strategic matters and became trusted confidants.

Lately the CoS position has become more common in corporations. According to Tyler Parris, the author of Chief of Staff: The Strategic Partner Who Will Revolutionize Your Organization, 68,000 people held the CoS title in 2015 in nonmilitary, nongovernment organizations in the United States – mostly large companies. Parris found that half the companies use a rotational model in which high potentials are tapped to spend a set period (typically two years) in the role and then move to a line job. At companies that don’t use a rotational model, people often remain CoS for five years or more.

Two other factors will determine whether incorporating a CoS into the chief executive’s office will improve things.

First, is the leader willing to make some changes to his or her routine once the chief of staff is aboard? If the CEO is used to being his or her own chief of staff and continues to act in that way after hiring one, not even the best aide will succeed.

Second, will the two of them have a relationship that allows the effective giving and receiving of feedback? From the very outset, the CEO should make a deal with the new CoS: If she hones her ability to give feedback, the CEO will be open to it and listen carefully. The relationship that results will improve performance and satisfaction for both leader and subordinate.

Everyone requires help to achieve their highest potential and to sustain the effort it takes to lead a complex organization. The right chief of staff can be an important source of assistance to leaders who are pushing their organizations and themselves to ever better performance.

The full version of this article appeared in the May–June 2020 issue of Harvard Business Review.

Dan Ciampa is a former CEO, an adviser to boards and chief executives, and the author of five books, including “Transitions at the Top: What Organizations Must Do to Make Sure New Leaders Succeed (with David L. Dotlich, Wiley, 2015)” and “Right from the Start: Taking Change in a New Leadership Role (with Michael Watkins, Harvard Business Review Press, 1999)”. 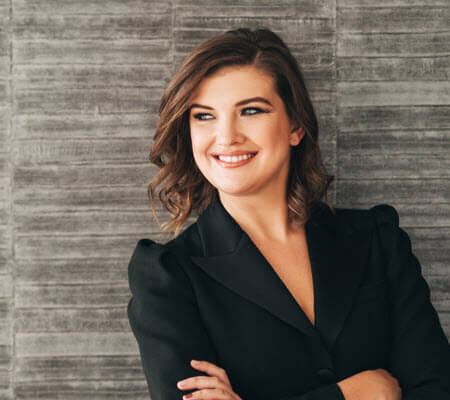 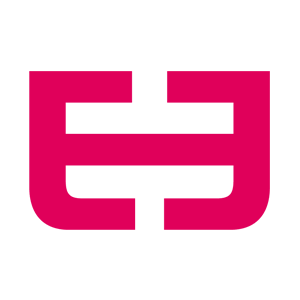 This website uses cookies to improve your experience while you navigate through the website. Out of these cookies, the cookies that are categorized as necessary are stored on your browser as they are essential for the working of basic functionalities of the website. We also use third-party cookies that help us analyze and understand how you use this website. These cookies will be stored in your browser only with your consent. You also have the option to opt-out of these cookies. But opting out of some of these cookies may have an effect on your browsing experience.
Necessary Always Enabled
Necessary cookies are absolutely essential for the website to function properly. This category only includes cookies that ensures basic functionalities and security features of the website. These cookies do not store any personal information.
Non-necessary
Any cookies that may not be particularly necessary for the website to function and is used specifically to collect user personal data via analytics, ads, other embedded contents are termed as non-necessary cookies. It is mandatory to procure user consent prior to running these cookies on your website.
SAVE & ACCEPT
Open chat
1
Powered by
If you contact us via this chat you may expect to hear back from us on the same (working) day.

Have a wonderful day!

SMEENK'S TOP PERSONAL ASSISTANTS
Your investment for success. Through attention, focus and quality.